GoRelocate.com  is a unique independent platform where you can search, compare prices and order / buy services for global relocation, immigration and moving services.

We developed gorelocate.com base on our own 25 years of expatriate experience and more than 14 years of managing and developing small and global relocation companies.

Our platform has been designed to be customer-friendly in a similar way to online retail shopping.  We make it simple. 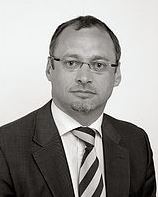 Kevin is an experienced international expatriate and business consultant. Kevin is originally from Scotland and has been living as an expatriate since 1993. Starting his career in financial services, Kevin moved into the consulting business in 2001, where he has been involved in greenfield business development in 12 countries, mainly in Central Eastern Europe. Kevin co-founded and was first president of the official British Chambers of Commerce in Slovenia, where he lived and worked for more than 10 years. Kevin remains a lifetime board member of the chamber. Kevin has been an owner and manager in the relocation industry since 2006 and was latterly country business development director for the Santa Fe relocation group in Switzerland. Kevin first devised the idea of "easyrelo" a number of years ago and this has resulted in the launch of www.GoRelocate.com, a trading name of Easyrelo Ltd (UK).

Vendors can register and onboard on the Vendor page. Customers can buy services already from our registered vendors.